The handling of corruption cases in practice turns out to require a very large cost, each law enforcement institution has different standards both on the Police, KPK and Attorney General. The high cost of handling cases of corruption has caused discussion among legal practitioners, so there is a discourse not to follow up on the legal process of alleged criminal acts of corruption with a small state loss value as a form of implementation of restoraive justice, but in Article 4 of the Law of the Republic of Indonesia Number 31 of 1999 concerning Eradication of Corruption Acts as amended by Law of the Republic of Indonesia Number 20 of 2001 concerning Amendment to Law Number 31 of 1999 concerning Eradication of Corruption (Corruption Eradication Law) states that the return of state financial losses or the country's economy does not eliminate criminal conviction. The author in the preparation of this thesis uses a method with a normative juridical approach because the target of this study is the law or norm through a historical approach, interpretation of the law and comparison of the legal system. This research is analytical descriptive, where in analyzing existing problems more using the bibliography approach, so in this study do not use statistical calculations. After conducting the study, the authors conclude that the regulation of restorative justice in corruption in Indonesia does not yet have a strong legal umbrella, because it is still an internal law enforcement agency and is considered to be in conflict with Article 4 of the Anti-Corruption Eradication Law if it is associated with recovering state financial losses. The constraints on the application of restorative justice in criminal acts of corruption associated with the recovery of state financial losses is still being controversially addressed because the application of restorative justice is considered to only apply to real victims or individuals or groups of people and cannot be applied to criminal acts whose victims are the state or national development interests so to be mediated is impossible. 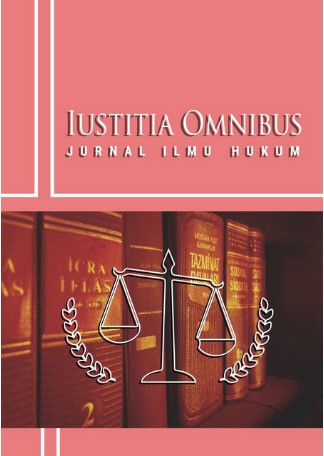